One of the truly wonderful things about the Hauptwerk community, and I think with the Concert Hall specifically, is that we get the chance to interact with one another.  We are all at different levels, all with our own strengths and weaknesses, but all of us are students, despite whatever level of expertise we may have attained, learning is a life-long process.  I am very grateful for having had the chance to actually meet a number of our members face-to-face, and I hope that number will increase greatly.  Still, I think it goes without saying, that most of us will never meet - at least in person.  However, we DO meet when we come together on this forum to play for each other, to offer helpful comments and encouragement, and to share ourselves with our colleagues.

For some time now, I've been an admirer of Wolfram Syre.  The fact that I respect him greatly will come as no surprise to anyone here, as his vast repertoire, his many uploads of beautiful music, and just his presence, indicate a deep man.  I've never met him, but I view him as a true "European gentleman", if I may permitted to use that phrase.  I know that his music is always conceived from both an intellectual and musical sense of consciousness.  I really admire that.  Me?  I'm sort of a "play-it-how-you-feel-it" sort of a guy!  Sure, I have a good knowledge base to draw upon, but generally, I do what I "think" is right, without going to deeply into it.  Yes, I DO think about what I play, but I let me "instinct" guide me.  On the other hand, I KNOW that Wolfram does both, and this is the mark of a true artist. 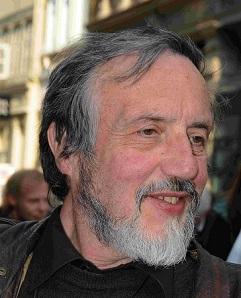 I remember when Wolfram first arrived on the Concert Hall.  Now, this was back in the day when new arrivals were far less than they are now.  Wolfram, was "quiet", allowing his music to speak volumes.   I try to listen to every upload, but around the time Wolfram joined, I was having a very unhappy time at my church, and my mood was often not the best.  Wolfram was uploading a lot of music, but I couldn't keep up, and I actually said to him: "You know, too much music is not good too upload at once" - or something to that effect.   In retrospect,  I'm embarrassed to have said it, but I did, and Wolfram, being the gentleman that he is, never took me to task over my comment, as he might have done.

I also recall the first time we "exchanged dialogue" over one of his uploads.  It was the first of the three settings of Nun komm from Bach's 18 Great Leipzig chorales.  You know, the coloratura one.  I said to him that I wondered why he had chosen to play the "walking base" the way he did.  Little did I know that he would politely respond, and tell me EXACTLY why he played it that way!  I was certain at that point that, as we would say in the US, "This guy knows what he's doing!" 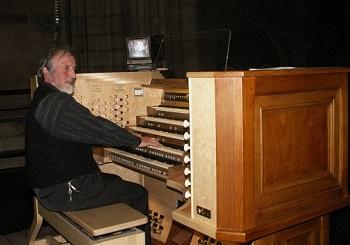 Wolfram has a supremely distinguished and enviable academic and professional background.  He studied organ, harpsichord, and musical science in Köln, Frankfurt/Main, Hamburg and Paris. He was a student of Joseph Zimmermann, Michael Schneider, Heinz Wunderlich, Wolfgang Stockmeier, Marie-Claire Alain (organ) and Hugo Ruf (harpsichord).  He received a scholarship from the German Academic Exchange Service (DAAD) to participate in mastercourses taught by such greats as Anton Heiller, Luigi-Fernando Tagliavini, Ton Koopman (organ) and Joos van Immerseel (harpsichord).  He holds master and soloist degrees for organ and harpsichord and degrees as Master or Arts and Doctor of Philosophy, with a dissertation about the life and the compositions of Vincent Lübeck.  In addition, he is a prizewinner of the international organ competition in Bruges. 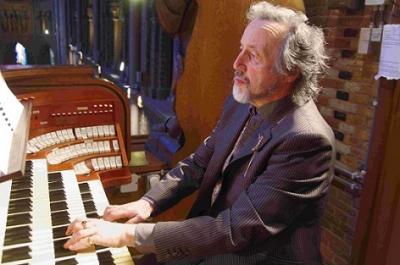 Since 2010 he has been doing a good deal of freelance artistic activity in Germany, while at the same time serving as organist of the Marktkirche St. Aegidien in Osterode/Harz, and as an artistic director of the international organ festival, Harzer Orgelsommer.  His busy schedule includes writing, recording, as well as performances on radio and television.  Wolfram has recorded the complete organ works of Vincent Lübeck and Franz Tunder at the Arp-Schnitger-organs in Stade and in Norden.

Despite all of his highly impressive credentials, I still view Wolfram as a "modest guy".  He lets his music speak, and I, along with many others, look forward to his uploads!  Anyone who has been following his "Guilmant Series" over the summer has been treated to some superb music.  I hope that this article will help to build a larger audience for his uploads, and I hope that he will start "commenting" on the performances of others.  I think, and this is my opinion only, that he may feel that his English is not "good enough," but this is FAR from the case!  I know that I would WELCOME comments from him! 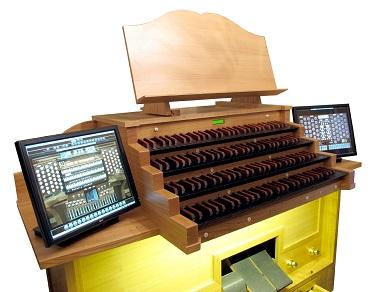 So, how does Hauptwerk fit into such a busy life?  Wolfram told me that he is "fascinated" by HW! (Me too!)  "You can play music of every school on a correct organ and in an authentic style, but that HW should not be a surrogate for a pipe organ.  It is like my model railroad - you can do much with it, but you cannot travel on it!  Or in the Department of Fine Arts at a University, you can not handle original paintings of Botticelli!  You have to work with reproductions!" 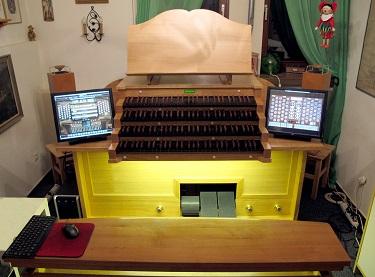 I really have to say that I also believe HW to be the ultimate "learning tool".  I grew up being largely "self taught" and really didn't know what an "authentic Bach organ" sounded like.  Yes, I had the recordings of Walter Kraft and Helmut Walcha, but I really didn't spend much time listening to them.  I would rather listen to Virgil Fox make fun of tracker organs, saying things like: "If you got to a tracker organ concert, you'd better watch out - and pray - that the tracker doesn't run off of its track!"  Yes, that was all very clever, but I thought "Baroque" meant "agressive mixtures and narrow, hooty principals."  Through HW, I've learned more about what "real" sounds like, than at any time in my life!

Wolfram when on to say that, "When I was younger I played only the so called "ancient music" in the historical way of playing the organ. I will never forget this large field, but after this I was interested in enlarging my repertory to the romantic. The "ancient music" told me very much of the interpretation also of the romantic organ music, especially about rhethoric. During my engagement as Cantor in Norway - not more to do than for a holiday job - I spent much time to have a deep research about the romantic organ repertory (France, Great Britain Italy, USA). Back in Germany I want to publish these often unknown pieces for organists. Hauptwerk is the perfect tool for such a project. 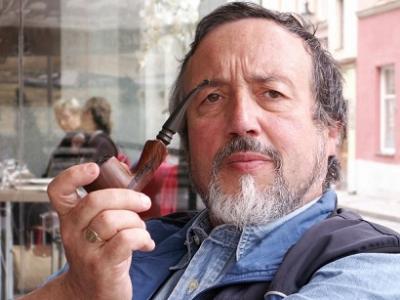 So, there you have a little portrait of a great artist AND a nice guy!  That's a great combination in any language!

Now, I don't know about the rest of you, but I went to see Wolfram with an engineer's cap on, as he operates his model railroad!

sschaub (2015-08-28) Log in to Reply
I've enjoyed hearing Wolfram's posts and it is nice to know more about him. Thank you for the article!

JohnNicholson (2015-08-25) Log in to Reply
Wonderful article, describing the man who has flooded my life with so many brilliantly played organ pieces by Guilmant. Until I read this article I had no idea how old he was, where he came from or what he looked like! It now feels like he is an old friend - and most certainly one to whom I am most grateful.
woody-mc (2015-09-04) Log in to Reply
Yes, I completely agree.

virtualpoguy62 (2015-08-25) Log in to Reply
Thank you for this interesting profile. My love of the French Romantic organ repertoire have been significantly enhanced by Wolfram's Guilmant series. Very enlightening. Thanks to this site for providing a venue for all.

sanden (2015-08-24) Log in to Reply
Beautiful article, has given us more this great and fine organist from vast repertoire! Thank you!!!