Edo Luynenburg - a splendid organist and a wonderful friend!

One of my "duties" as a writer for The Barde  is to come up with someone to feature each month as Contributor of the Month.  While I welcome the chance to get to know more about our members, this is a particularly "hard" job, as just about everyone who is part of this wonderful group could be the featured contributor!

I think that this is what makes our group so strong.  All of us, young or old (or in between), beginner or seasoned veteran, student or teacher, ALL of us have something special to contribute to the group.  Musical gifts aside, the greatest gift we give to our friends here is ourselves.  Who we are, how we share, the generosity with we open ourselves, this is what makes this group so different and SO wonderful!  It's not just organ music.  It goes WAY beyond that!

Over the last year or two, I, and many of us have had the pleasure of getting to know Edo Luynenburg - as an organist, as a "commenter", as a friend.  Edo, or as we know him, EdoL, has a strong presence here on the Concert Hall.  We continue to enjoy his splendid performances and his astute comments, but what we really is him.  His positive and open manner is a delight.  I always read his comments, which are helpful, positive, and honest.  He is a good man.  His kindness and sincerity come through, and we, his friends here, are blest to know him.

I thought I was going to have write this out myself, but Edo, a retired teacher, did the hard work for me by "describing" himself to us in his own words.  So, with pleasure, let's take a few moments and get to know EdoL a little better! 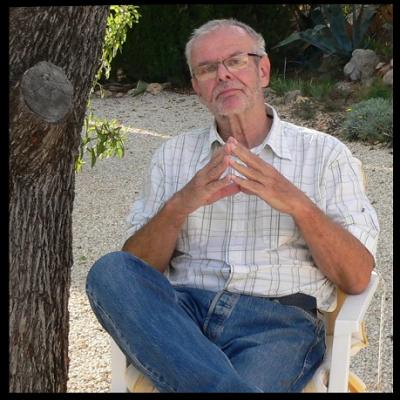 Edo feels that he always looks stern in his photos - like a field-marshal!

I guess I'm one of the oldest if not the oldest member on the board: I just turned 70 this May.
I'm from Holland, the city of Rotterdam, where the big SP Marcussen is.

I started piano lessons at 4 years old; I played till I was about fourteen, when I discovered pop music and played the bass and solo guitar in a number of small-time bands. I never touched the piano for quite a few years. The bands were lots of fun, but it did not amount to anything.

I became a teacher.  When my wife and I were just married we lived in an apartment block. The neighbor down from us was playing strange pieces on his piano, so I asked him what that was and he laughed: âThat's not piano music, it's organ music, but I practice it on the piano at home.â
I am not from a religious background so I knew little about the organ. My neighbor invited me to his church.  He played something for me on the organ and I was addicted for life.

I needed an organ to practice on and a very kind church permitted me to play whenever I liked on a small but beautiful instrument. In return I played the Sunday services. That was my first introduction to religion. Everything was new to me and very interesting. A new world opened up; sometimes incomprehensible to me even now.

I took organ lessons. The piano technique helped a lot. I only had to practice on the pedal work.
One day my organ teacher suggested I might sign in for an amateur-organ competition.
We  put a bet on it.  I'd subscribe to all the five amateur competitions that year and try to win them all. In that case he would owe me a six  pack of beer.

I won four of them and ended second in the fifth. So I didn't get the beer. But the prizes were a few radio recitals on famous churches, I got very nice reactions from other well-known professionals and decided to do the professional exams, as the pieces I had played in the competitions was the kind of stuff my teachers had played for their organ degrees.

So I studied music theory, harmony, counterpoint, solfege and the other required theoretical other stuff in my spare time, passed the exams and after three years first did my official piano exams and a year later the organ exams. I attended masterclasses at the Haarlem summer academy and learned quite a lot. Anton Heiller, Siegfried Reda and Naji Hakim are my big examples.

I never played professionally; it remained a hobby. I became a school principal and after that an educational IT consultant, travelling around schools.

The last twenty years I was organist in the lovely village of Oostvoorne, together with a good friend. That's where I had my beautiful Batz and a very musically inclined and helpful congregation.

Now I'm retired. My wife and I sold our house in Holland and moved to a lovely villa with a pool in Spain six years ago.

A friend I met on an organ trip in Holland who was also a restauration advisor of fame, asked me if I had considered using a Hauptwerk set in Spain, because that was the ultimate thing in his opinion.
He certainly was right. I listened to demo's on the internet and knew this was it for me.  I knew the organ in Vollenhove from playing it and recognized it instantly.  Indistinguishable from the real thing. What a treat!

One of the perks of Hauptwerk is, that there is a community around it on contrebombarde.
I still play in a few churches on the Costa Blanca, but my main audience are the people on the concert hall.

Mainstream churchgoing public would hardly notice if you played a piece backward, but playing for the concert hall really is rewarding: we're kindred spirits! Who can ask for more?  There is so much quality around on the hall that it's dazzling. The community feels like a nice warm bath, thanks to the moderators and the technicians.

And then the advantages of a Hauptwerk setup: I hardly played any French romantic stuff on my Batz in Holland: it was not made for that. But now I can on the beautiful Metz.

I love English cathedral music. In the not to distant future I can play that on the right sounds also, if the car does not break down again.

Reger sounds marvelous on the Dom with it's big acoustics.  The music needs a big organ, which most of us do not play every day.

I NEVER played Spanish stuff; northern organs miss all the necessary stops; now I can.

The possibilities Hauptwerk and the sample set providers open up for us are almost limitless!

I do not possess a lot of sample sets, only a small selection as I'm no millionaire.  My favorites are the ones I have; about 8;  I could hardly choose between them.  But I guess I'm particularly in love with Vollenhove, Metz, Utrecht and Santanyi.  In reallity gems of their time; in Hauptwerk excellently represented.

So that's me, folks! 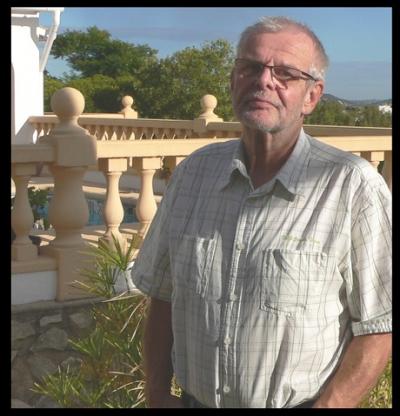 At the risk of embarrassing Edo, I want to say that it means SO much to have made a friend like him.  When I stop to think about it, I have made many, many friends on the Concert Hall - from New Jersey to South Australia, to Costa Rica, to Germany and beyond.  I bet you could say the same thing!

How fortunate we are to do what we love to do AND to be surrounded by people who actually care for and about each other.  Now THAT is something special!

pointyflute (2015-08-09) Log in to Reply
Aha! I was right. Listening to your "pearling" execution of scale passages in some of your uploads, I thought that surely you had spent many hours on the piano.

It's a pleasure to get to know you better, Edo.

But I still remember of a moment, when I was about 4 years old, sitting in a big building with my parents with strange long cylinders rising upward in front of me and an awesome sound coming out of them.

Even then I was so impressed that I remember it to this day.

Sadly my parents never went back to that building. They obviously were not as intruiged as I was......

sschaub (2015-07-27) Log in to Reply
I've enjoyed hearing your performances for years on CB and now when I listen I'll be able to appreciate them even more because I know something about the performer. Thanks to both David and Edo for this terrific article.
EdoL (2015-07-29) Log in to Reply
Thanks very much for those kind words, sschaub.

David and I like to think of ContreBombarde as a community rather than just a website where you can upload organ pieces.

And that concept works!

We share a love for the organ together and that really forms a tight group.

BaroqueDMX (2015-07-11) Log in to Reply
Wonderful to get to know more about you. You have a very interesting background and are much more talented than myself when it comes to playing the organ. I'm looking forward to hearing more of your performances.

And, yes, it's wonderful to have so many great sample sets available. It makes it difficult to choose! Performances on the Concert Hall have helped me make some of those decisions, and also encouraged me to explore both different types of organs and organ music. In the past year I've even learned some new works that I felt were beyond my capabilities, but encouragement from those on the Concert Hall gave me the courage to forge ahead.
EdoL (2015-07-11) Edited Log in to Reply
Thank you very much, Jim.
Your story is what the concert hall is all about: people helping and encouraging others.

It gives you the feeling being appreciated; something that in an everyday church-organists life is not always the case.

All of us together, especially you, who always listens to everything on the hall and posts something beautiful now and then is the spirit we should try to uphold.

Thanks very much for this nice comment, the ones you have us in the past AND the ones you are going to surprise us with in the future!

josephhaspel (2015-07-10) Log in to Reply
Thanks for your story Edo - it has been great getting to know you here through your music and your words!

Thank you too David!

David asked me to send in a sort of CV about myself, so I put in quite a bit, presuming that he would edit the superfluous parts away.

But he very kindly published the whole shebang, copypasting boldly as only he can do.

Thanks for your kind words.

Since you are one of the few composers on the board, better have your story ready!

EdoL (2015-07-10) Edited Log in to Reply
Thank you very much for your kind words of friendship, David.
You can be certain they are reciprocal!

Yes, us organists are VERY lucky to have a wonderful community on ContreBombarde.

Organists are an endangered species nowadays, with churches closing down every week and the happy-clappy generation taking over with therir guitars and tambourins.

In the wonderful BBC series "Yes, minister", the minister once spoke warningly to his staff, after having concocted a particularly odious deal:
" We must all hang together, or else we'll all be hanged seperately...."

That goes for organists too!